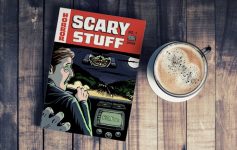 “GRANDMA’S DEAD, ISN’T SHE?” How do you explain to a loved one they died, when they refuse to believe you? This short is a quirky tale of a spry grandmother who just refuses to let go of her mortal coil.

The Scary Stuff Anthology is at heart a tribute to the kind of scary stories we grew up on. Twist endings, weird monsters, morality plays in microcosm. The kind of stories that keep you up at night and make you wonder just what that noise you heard in the basement really was.

Snippet from my story, “Grandma’s Dead, Isn’t She?”:

Mrs. Morrison was too busy to die. At 96 years old, she was the captain and star of her 4-person bocce team the Weirton Knights. The team was sponsored by the Knights of Columbus Hall in the town she lived in since the time she had been born. She had so much life to live and so many more tournaments to win. Unfortunately, she was dead but she was the only one that wasn’t aware of it.

Amanda Morrison and her team had just won the West Virginia Italian Heritage Festival Tournament in Shinnston, West Virginia. This was the second year her team had participated in the event and the first year they took home the coveted trophy. Amanda was very quiet on the two-hour drive back to Weirton, but her daughter Mendi attributed it to her being tired. After all, her mother may have been a spry senior but bocce was a tough and demanding sport on her elderly mother and today had been a very long day of competition.

Amanda did not rise and come to the kitchen by 7:15 am, as she did every morning for the past 22 years. Shortly after 7:30 am, Mendi became alarmed and went to check on her. She found Amanda still in bed with a smile on her face and the bocce tournament trophy lying in bed next to her. Mrs. Amanda Morrison was pronounced deceased at 8:42 am by paramedics, but Amanda wouldn’t stay dead for long.

Emily Lynn and Jaime were heartbroken at the news that their beloved grandmother had passed away, and the entire family was aghast when Amanda strolled into the living room at 9:07 am, dressed and ready to take on a new day.

“Grandma’s dead, isn’t she?” Emily Lynn asked her mother, seeing her grandmother step sprightly from the hall entry into the living room. 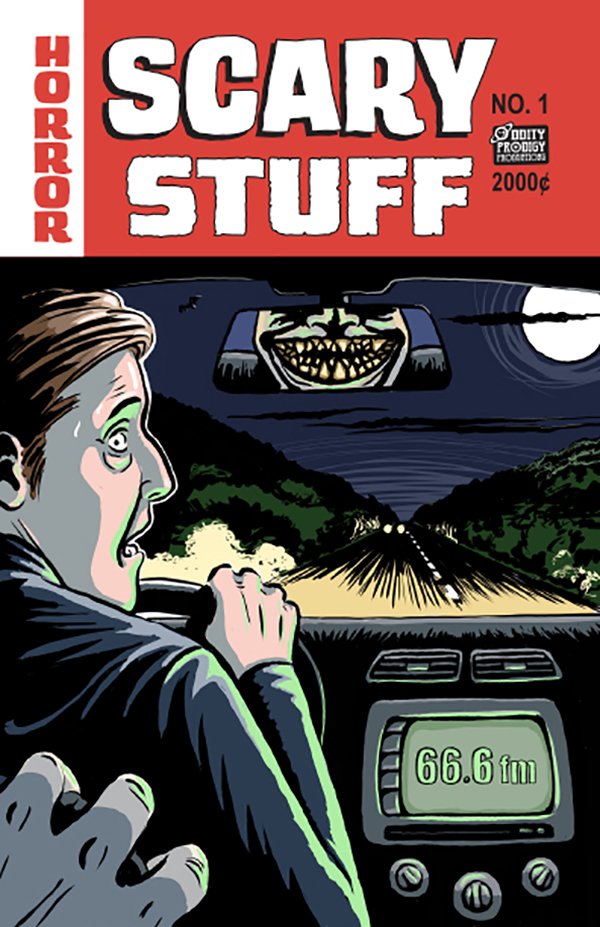 “Grandma’s Dead, Isn’t She?” A quirky tale of a grandmother who refuses to shed her mortal coil even after dying. Part of the Oddity Prodigy Productions Presents: The Scary Stuff Anthology.