Silence of the Apoc: Tales from the Zombie Apocalypse 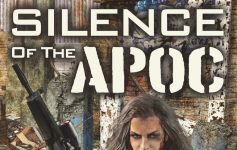 Silence of the Apoc: Tales from the Zombie Apocalypse

Nobody knew how it began.

Nobody knew how it would end.

All they knew was that they had to survive another day… and another night.
Silence of the Apoc: . Volume Two of the Tales from the Zombie Apocalypse series.

Originally intended to be part of my upcoming novel World War Dead, the dark humor of the dialog and character situations did not fit the overall theme. Tannhauser Press was kind enough to include it in their anthology as a stand alone short story .

Two rival yakuza clans and a horde of the living dead are the center point of this gruesome, action packed tale of revenge and escape, which is mainly set in a ten-story hotel on the outskirts of Tokyo.

Yakuza boss Kudo is out for revenge over the betrayal of his former assistant chief, who stole a cure to a zombie virus and broke ranks and formed his own organization. When Kudo makes a daring midnight raid on Tohno headquarters to retrieve the cure, a shootout follows and Tohno and his group are captured. Before Kudo Clan can execute their captives and get back the cure, they are confronted with Tokyo being bombed and the dead rising.

Forced to forge an uneasy alliance, Tohno must help his rival get to the lobby in order to survive. But Boss Tohno has no intention of allowing his adversaries to escape, and plots to strike back before they reach ground level.

As the chaos in the penthouse suite was happening, Haruto and Yuuta returned to the reception area, Yuuta walking towards the elevator.

“Yuuta. Don’t be stupid,” Haruto told him. “There are no zombies.”

But Yuuta didn’t listen. Not that he believed zombies were in Hachioji, but something had frightened the girl enough to make her hysterical and want out of the hotel. Even if it was only what she may have suffered from witnessing their raid on the penthouse suit, he would be remiss in his duty if he did not at least look in the elevator car.

“We need to make sure,” he said to Haruto.

The door opened to an elevator full of blood and dead topless strippers. Squatting on the floor was Mr. Tada.

Yutta was shocked. He pointed at the man and yelled, “Zombie!” Not realizing that his loud voice would draw its attention.

Mr. Tada turned around. Blood ran from his mouth as he chewed. He looked at Yuuta and rose.

“A zombie! Do something!” he told Haruto.

Isamu surveyed the carnage, and then stepped to one of the dead zombies and kicked it in the head.

“Useless government. They can’t even keep us safe. We suffer because of the quarantine and the virus still comes,” he angrily conveyed, kicking the zombie again. “I hate zombies.”

A loud rumble of helicopters from outside passed overhead, heading west.

A noise came from the doorway. It was Yoshio. Isamu turned with his pistol in hand as zombie Yoshio lunged towards him. He pulled the trigger. The shot impacted Yoshio’s face and exploded his skull, sending brain matter scattering.

Zombie Yoshio fell at the clan leader’s feet. He looked down at the young man, and shook his head with displeasure, and then turned his attention to Tohno.

Pointing at his former assistant, Isamu said, “This is your fault.”

“Yes,” Isamu told him, and then cocked the trigger on his pistol and pointed it at the man’s face. “If you hadn’t betrayed me, then my men would still be alive.”

“They’re dead because of ARS,” Gaku corrected him.

“No. It is because of your betrayal. We could all be at Nin Jin House drinking. But because of your theft, Clan Kudo had to come here.” Isamu turned to his assistant chief, ordering, “Put bullets in the heads of all the dead. I don’t want any more zombies.”

“Boss!” Hizaki warned, and then jumped at zombie Kitagawa, knocking it to the ground. Kitagawa bit into Hizaki’s hand as he attempted to keep it at bay.

In a single motion Enforcer Matsumoto swung his wakizashi across the back of zombie Kitagawa’s neck. Its head lopped off and the torso collapsed onto Hizaki.

Isamu looked down at the decapitated head, its eyes rolling up at him, gnashing its teeth.

“Stupid Tohno zombie. Not so tough now,” Isamu told the head, and then kicked it across the room.

The clan leader saw the bleeding hand of his accountant. He gestured to Akira Kimura, and then reached down to the man to help him stand, and as he did he said, “I promise to take care of your family.” Akira shot Yasuo Hizaki in the head. The bookkeeper collapsed with a blank look on his face.

“You see what I had to do? — Kill my men,” Isamu announced, directing his hostilities at the Tohno leader. “I want the serum, now!” he demanded.

The intense, violent blast shook the structure and knocked everyone in the suite to the floor. Gaku, his bodyguard Shimizu, Chief Yazawa, and one underling took advantage of the event and bolted for the door. As Murakami got his footing, he grabbed someone’s dropped pistol and ran too.

Kudo Clan First Lieutenant Kimura saw his nemesis scramble by, and as Murakami passed, Kimura snatched up his dislodged pistol and fired from the floor; the bullet struck the casement as the Tohno lieutenant made it through the archway.

“Get them,” Saito yelled at his men, as he began to rise.

As Matsumoto ushered his boss out the door, Saito, Kurosawa and Matsui followed. Kimura sat up, holstered his pistol, and then picked up his sword. As he began to rise, the shrill whistle of a rocket bore down on the suite. The room exploded. The shockwave from the blast launched Kimura through the doorway and into the hall, slamming him against the far wall. He landed near dead Hamasaki.

Saito had not seen his first lieutenant blown into the hallway, but had turned in time to see him flop to the floor. He rushed to his aid. “Are you okay?” he asked.

“I’m fine,” Kimura assured him, trying to catch his breath. “Don’t let Tohno get away because of me.”

Saito moved several feet down the hall but turned back.

Kimura staggered to his feet, and then stepped to the penthouse doorway and looked in. The bright light of a hovering Apache helicopter swept across the destroyed room revealing that his two underlings and the remainder of Tohno Clan were dead.

Silence of the Apoc: Tales from the Zombie Apocalypse
published, June 26, 2018.

Available from Amazon in Paperback or Kindle edition. 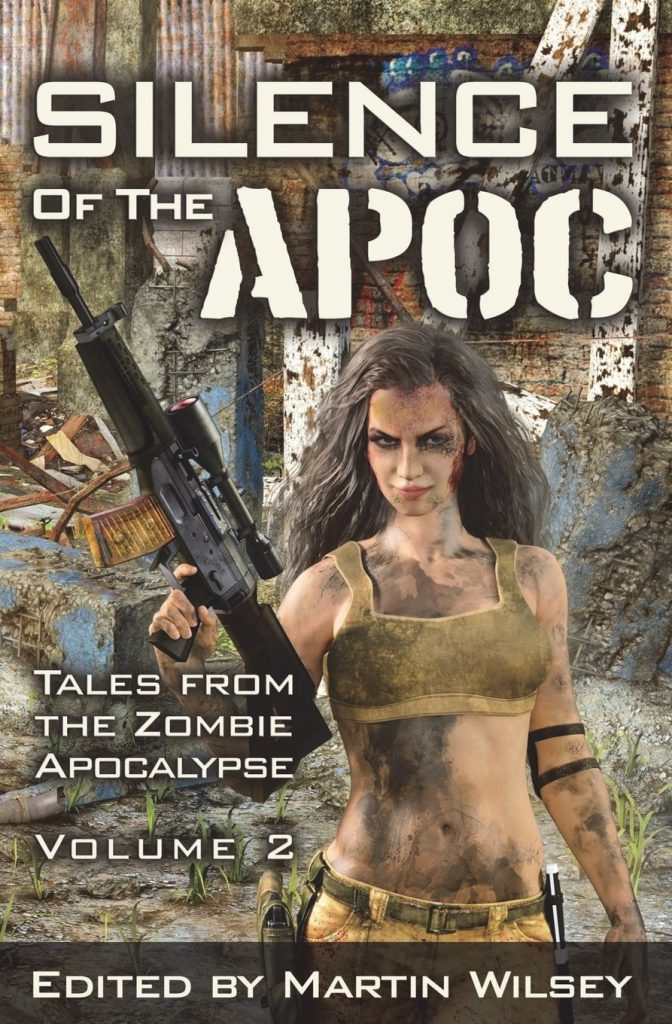